It looks like we can stop praying for the UK’s country revolution; it’s happened. Well done everyone, mission accomplished. The explosion in country music popularity means our bank balances (and livers) are a little less healthy, but on the upside we’ve got so much MORE to look forward to in 2019.

C2C festival paved the way and dominated the scene for the last six years, but last summer two notable new kids arrived – Black Deer and The Long Road. This year they’re both returning and there are even more country and Americana fests on the way with a slew of smaller regional affairs launching; The British Country Music Festival in Blackpool, Stomp and Twang in Cornwall and Dixie Fields in Essex – headlined by Lauren Alaina! While it’ll be great to have these country and Americana celebrations on our doorsteps, wherever you’re from in the UK we’re championing Leicestershire’s Long Road Festival as the one that cannot be missed, plus giving an honourable mention to Greater Manchester’s small but perfectly formed Buckle and Boots Festival. Meanwhile, our own C2C festival is launching in Australia, Berlin and Amsterdam…

Glasgow’s long established Grand Ole Opry bar first opened in 1974 and London’s recently been spoilt for choice with Nashville Nights and Buck and Bull both bringing country music DJs to clubs in the capital. Now, more UK cities are flying the Nashville flag. Manchester and Liverpool have joined in with One Night in Nashville and there are very loud whispers of a honky-tonk event coming to Bristol. (More on regular country night out here).

After an epic year of major U.S. artists touring here, the 2019 calendar is already filling fast with the kind of options we could only dream of pre-2013. We’re trying not to become blasé about the fact the first half of the year already includes Kip Moore, Ashley Monroe, Chris Young, William Michael Morgan and Rascal Flatts Junior Dan and Shay. We’re really hoping Eric Church will be adding the UK to his Double Down Tour and we’re counting down till Pistol Annies and Carrie Underwood hit the road again, post baby deliveries.

Last year we gained a real appreciation for the UK songwriters and performers on the scene, many of whom are unsigned but every bit as talented as their Nashville counterparts. Thanks to regular songwriter sessions like London’s The Round Up or Belles and Gals’ showcases, York’s Nashville Sessions and Midlands event Nashville Sound in the Round, we’ve loads of opportunities to hear these artists in intimate settings (before they up and cross the pond as so many do). This year UK artists Catherine McGrath and The Wandering Hearts are also playing in the main arena of London’s C2C, albeit on the smaller spotlight stage.

As of November, the UK now has two country music TV channels. Keep it Country is on Sky (376) and Freeview (87) for those with HD TV and new channel Total Country is on Sky channel 373, offering contemporary music videos in the style of CMT. On Radio, Chris Country has expanded it’s reach to DAB in the Glasgow region and also have their own countdown shows on Total Country. But it’s not just our own niche media anymore. There are several country music programmes to check out like Beyond Nashville on iPlayer and, the real sign the revolution is going well, the CMA Awards have returned to the BBC. So far it’s only been a one-hour highlight show on BBC Four, but it feels that bit closer to the halcyon days of the 1990s where the whole awards were aired on BBC Two. 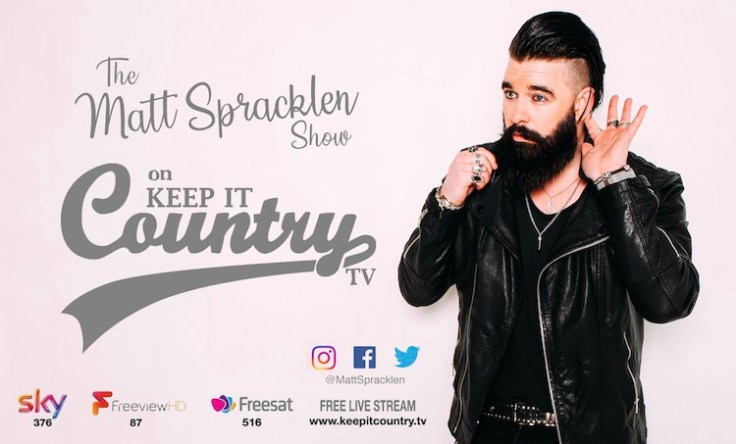 Of course, we’re incredibly grateful and excited about all of this, but we’re not fully resting just yet. Next on the UK wish list we’d like more Nashville-style brunch spots, more permanent honky-tonk bars, and more cowboy boot shops. Just more please.

What are you most excited about on the UK country music in 2019?