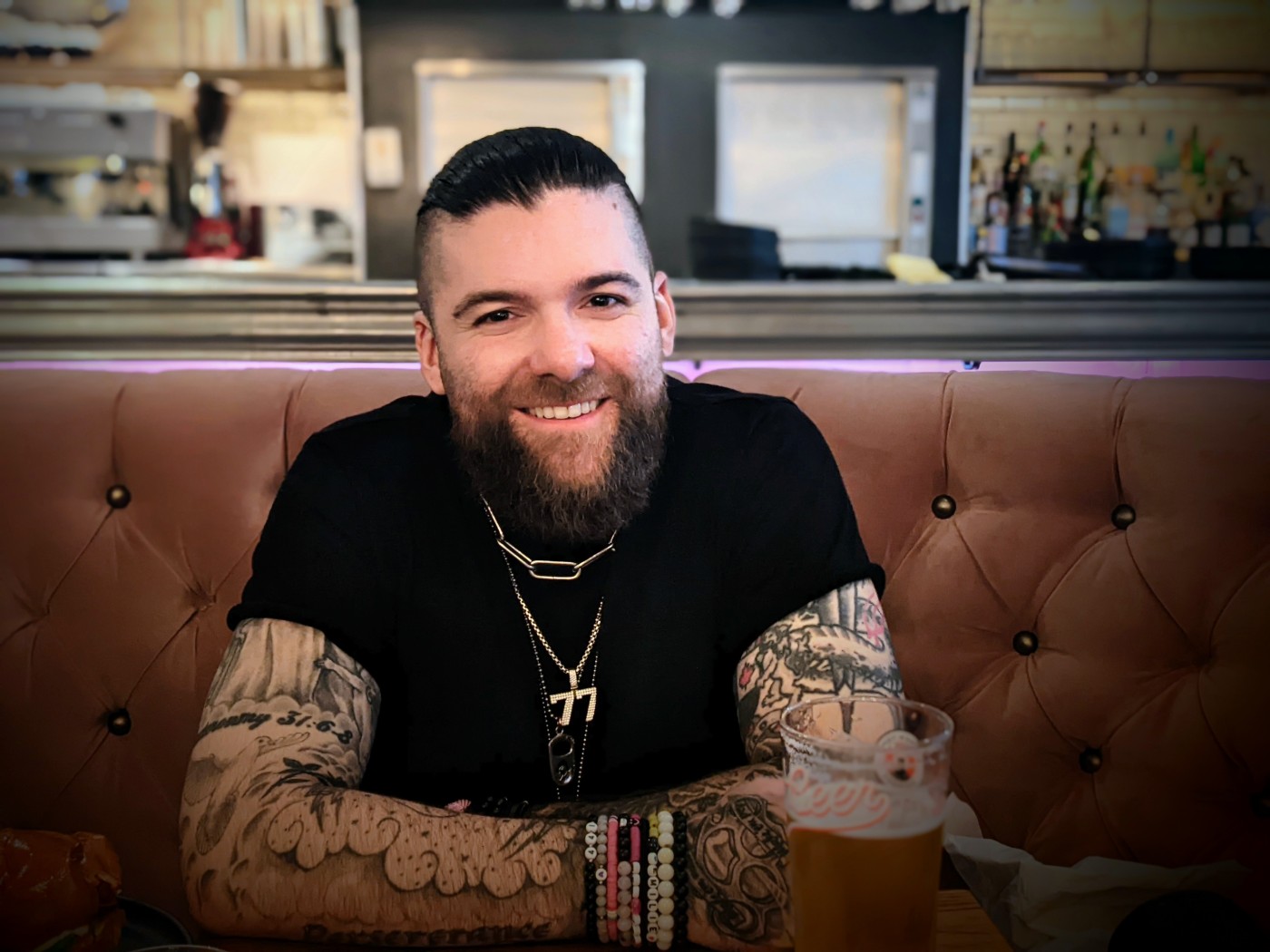 When you find out the singer you’re about to interview used to be an MMA fighter, there’s a vital question to be asked.

“So Manny, if you could fight any other country artist who would you pick?”

It’s a Monday evening and we are sat waiting for burgers with the rest of his band and friends who have come over to the UK to take part in returning festival Nashville Meets London. Manny avoids the trap of revealing a secret Nashville enemy and selects Cory Marks – a fellow Canadian Country Rock singer – because;

“…he looks like he trains in some boxing so that would be a fun, maybe amicable thing.”

The whole table are in great spirits considering they arrived in for their first ever UK trip facing our Sunday train service and a strike weekend, so kicked the tour off with an unexpected convoluted tube tour. Despite this classically British induction to public transport, Manny seems genuinely chuffed:

“When you actually start getting asked to play places and start travelling for shows specifically, it feels really good, so I cannot complain. I think it’s just the accumulation of opportunities that kind of makes you feel like, okay, this is beyond a hobby now, right?”

It’s definitely beyond a hobby. The trio have just finished tour of their native Canada supporting Dallas Smith, across their adopted home of the U.S.A (they are, of course, Nashvillians now) and are about to be introduced to the UK’s hungry country music scene. Or at least introduced to those of us who haven’t already been following Manny since his viral TikTok channel, through his pre-lockdown New Ink EP attention or recent release, catchy party song ‘Put Your Whiskey Where Your Mouth is’.

“We did arenas and tour buses earlier this year. Then we went back to the US and we did some little dive bars and so it’s just kind of fun to see all the sides and still be able to do all of the different versions of things.

Obviously, we want arenas to become a staple at some point and tour buses, rather than a little van with no AC.

But I mean, I think it’s cool to be able to adapt our show to all the different types of venues.”

The venue he’s playing that night is a central London basement (Holborn’s Pizza Express Live), giving an acoustic taster set for the Nashville Meets London launch, before the festival in proper takes over a converted buoy factory from Wednesday.

It’s strange to think of this band – with their tattoos, black clothes and heavy metal accessories – doing an acoustic country set. The Wednesday show will be much louder, Manny promises, and will deliver on his very personal pocket of the music spectrum, Country Punk.

“Essentially we love pop punk and we love country music storytelling. So I was just kind of tired of being put in the box and being told well if you want to do that then you’re rock. But if you want do that, then your country. I don’t see why I have to pick, so I decided to put the two together in a phrase…

There is an easy confidence about what he does. Perhaps from the MMA background, I ask?

“Going out on stage and playing a show, really is very calm compared to fighting. I’m never gonna go through anything that is as nerve-wracking or that takes as much physical energy…”

He also credits his parents for the apparently natural transition to the stage when injury led him to leave MMA behind.

“My dad… I don’t think he’s ever met a microphone he doesn’t like. He’s quite a showman and growing up he’s always done public speaking or he’s sung at events and he just owns the stage. My mom’s a little bit more musical; she sings for fun and she grew up playing classical piano… Hearing, my mum play piano and watching my dad, just entertain people at all times, and never making it seem like it’s a  big deal to go do a speech in front of, you know, hundreds of thousands of people,  kind of eased it in for me to just go; ‘this is what I do, this is not a huge deal to get in front of people and sing some songs.”

It probably also helps that Manny has a best mate by his side, drummer and band leader, Wes. Together they let me in to the quirky pre-show ritual they picked up touring with the James Barker band.

“Let her do it” Wes encourages. “Open your palm…”

I’m not sure what I was expecting, but it’s not to be sat with Manny making a ‘chicken beak’ out of his hand and pecking at my open palm before I’m invited to return the favour.

“We just feed the chickens and you gotta feed them back. Everybody does it before we go out, whoever’s hanging.”

Pre-show rituals done and burgers arriving, I wrap up the interview because who am I to come between a band and their burgers? This has felt more like a social chat with friends and we’ve meandered far from the planned questions about social media fame and set lists. It’s been energising for me to be part of their banter-filled table, and I’m pretty sure I’m looking at least 70% cooler just by association.

Tickets are available in advance here, or on the door while availability lasts.

Maybe see you there,