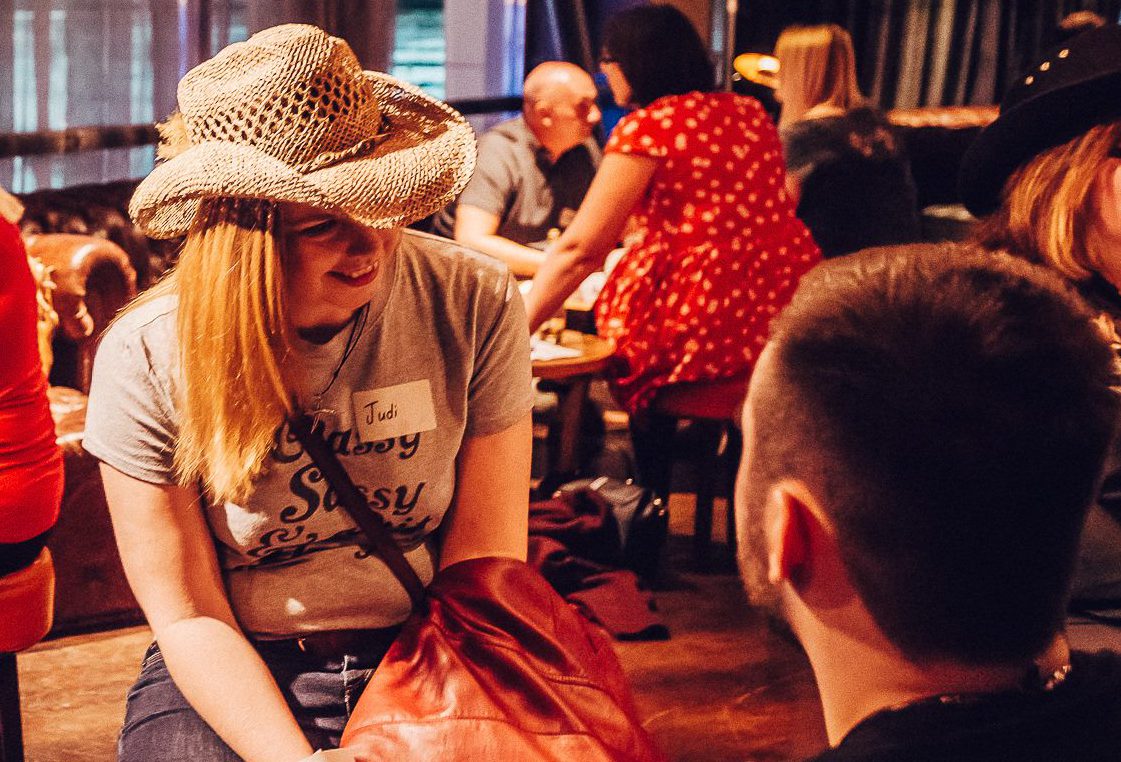 Plan A is to marry Kip Moore.

However, friends insist I need a Plan B and that’s how I found myself – filled with some trepidation and lured by the promise of a free drink – at a speed dating event organised by the Country 2 Country festival folks.

I’m not going to lie and say I wasn’t more than a little excited when I spotted Tim from the Pauper Kings in attendance with a name tag.  No disrespect to the other gentlemen there but I was ready to put down Tim’s name on my list right there, ‘sight unseen’ as it were… for the possibility of free Pauper Kings tickets, obviously. Alas, Tim was only there to MC the event and did a good job of it.

It’s funny how three minutes can be too short when the conversation is flowing and too long when it isn’t.  The advantage of doing speed dating at the C2C festival is that you and the other person instantly have something in common to talk about.  The disadvantage is that you can get so carried away talking about country music and the acts at the show that you don’t actually find out anything about the other person and you’re left deciding whether to tick that person off based on the arbitrary criteria of whether or not they mentioned looking forward to seeing Reba McEntire perform.

I hope it’s not rude to say that I was pleasantly surprised by the selection (that sounds kinda wrong) of men who signed up to participate.  A range of ages, nationalities and personalities, I was once again left marvelling at what an eclectic bunch of people we country music fans are on this side of the pond.

So all in all, like the rest of the C2C Festival, the speed dating was friendly, funny and lots of good fun.

But while I wait to see if I am destined for a match made in C2C, it’s back to the logistics of Plan A. Wish me luck.

WANT TO TRY IT YOURSELF?

Country fan speeddating is returning to London’s O2 on Saturday 9the March 2019, 15:00-16:00. You can apply here: https://c2c-countrytocountry.com/london/speed-dating/

2 thoughts on “Cowboy Take Me Away? Love at a Country Festival”