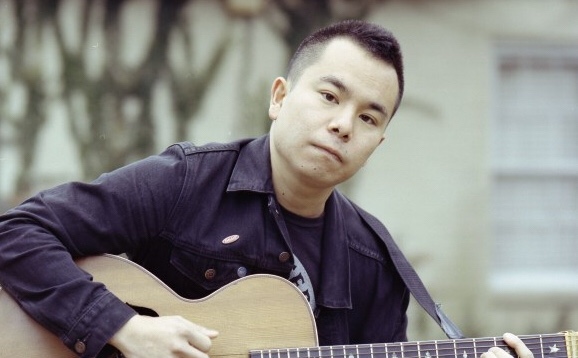 I had accidentally fallen into an audio rut.

Last month I went for an overdue coffee (and mojito doughnut) with a friend and she led with “are you still into country music?”. “Of course!” I replied.

Why had she asked? This isn’t a transient aspect of my life, not like “are you still dating that Australian with the huge moustache?”, “are you still vegetarian?” or “are you still jogging to the Clifton Suspension Bridge 4 times a week?” (No, not really, and hell no).

I was proud of my commitment for about 10 seconds but then she asked, “what new music should I try?” and I paused. I’d previously introduced her to Yola Carter’s EP so the bar was high. A year ago answers would’ve overflowed of new – and new to me – music, until she’d run out of the ability to fake enthusiasm. But it seems I’ve been stuck in my own music collection lately, reliving 2000s country (lots of Jo Dee Messina) and recent-ish discoveries (like Ashley McBryde, John Moreland and Lainey Wilson).

The blessing and curse of having so much more country at my fingertips (Chris Country AND CountryHits radio, Total Country TV, regular tours from U.S. artists and an abundance of country festivals) means I’ve been at liberty to pick and choose what I already know and like. I haven’t had to head out foraging for new music like in the olden pre-iTunes days.

Back then I’d have to trust in whoever was booked at the few independent Americana venues (RIP Borderline) and would go through the whole alphabet in the record shop while on hols in the states, rummaging for any names I didn’t yet know.

So, I slapped my own wrists and – in the name of calling myself a music blogger – embarked on a strict week of only listening to music I’ve not heard before.

THE DOWN SIDE: It was much harder to get ready for work without being able to sing along to Redneck Woman and the other bangers in my wake-up playlist.

THE UP SIDE: I am poised for the next time someone asks for music recommendations. I’ll be starting with these new favourites.

Nashville born Gabe describes his music as ‘country-ish’ but for me there’s no ‘ish’ about it. His beautiful album, Farmland features stunning songs which sound like they’ve been penned by a much older troubadour – and one who has probably been walking some railroad or other most of his life. My personal favourite is Last Country Song.

Recommended for fans of: Will Hoge, Wade Bowen, Brandy Clark

Aubrie’s country with attitude got me suitably fired up, even though some of the production was more rocky than I’m used to. And a strange thing happened. I added her to this list and started to write about how hers are the kind of feisty songs that Lee AnnWomack would record, if you stripped out the driving electric guitars throughout tracks like Liar Liar… and then I read she’s actually Lee Ann’s daughter. I don’t know how this had escaped me until now, but you can really hear it.

This had me two-stepping in the bathroom, reminiscing my heydays of 90s and noughties country and the songs on his latest EP Feels Like Country Music could definitely have been no.1s back then. It’s easy listening and most likely to transport you to a small-townTennessee bar, with all the country tropes present and correct. Listen out for the classic country harmonies in the title track.

That’s your lot for now – the three standouts for me from my week of experimentation. Right now though, I’m hunkered down in a Denmark airport hotel about make the road trip to Tonder Fest. The main reason I booked a plane to an Americana festival on the far side of Denmark was to see my current favourite John Moreland live again. But he’s had to cancel. And so has John Prine.*

So I’ll be making the most of the festival by scouring for my – and maybe your – next favourite country act. And through a ‘funny’ lost in translation incident, I’m staying in a shoebox tent to do it.

* These two cancellations are unrelated to Trump’s cancelled Denmark visit. I think.